A few years ago, I launched a kind of “Groupon deal for musicians.” I gave away $1,250 worth of products, including recording time, iTunes distribution, and a guitar-string endorsement deal for just $69. The deal was good for only 100 hours, and there were just 5,000 packages available.

I had invested a lot into the campaign. Not only had I spent four months putting it together, but I had also put a significant amount of my personal savings into ensuring that this campaign was everywhere during those 100 hours.

There was a lot on the line. It had to work.

Because there was so much on the line, and I knew this would be exposed to millions, I obsessed over conversion rate. A mere 1% increase in conversion rate could have been the difference between a huge loss and a decent profit.

While there were a range of factors that influenced this increase, the single largest factor was increasing the amount of scarcity and urgency.

The 5 precursors that make urgency effective

Early in my digital marketing career, I came across this model, which has provided the basis for virtually every conversion rate optimization change I’ve made since:

In essence, if you want to increase the likelihood of any desired action, be it an increase in conversions, click-throughs, or email engagement, you have six choices:

Let me go through each in the context of this specific deal. The first five are important precursors for urgency to be effective.

For this deal, I improved the clarity of the offer by posting a mock version of the deal in music forums ahead of the 100-hour campaign. That allowed me to collect feedback from my target audience.

I also used ConceptFeedback (now defunct) and communities like Dribbble to improve the visual design.

I ironed out lots of communication issues that were limiting conversions, such as offering a “pack of music contracts” in the deal. Some musicians thought this meant they were buying pre-signed contracts with record labels.

In actual fact, they were just getting a compilation of music contract templates.

When it comes to improving relevancy, you can:

I opted for the latter approach.

Prior to launch, I “tested” hundreds of traffic sources, from Reddit Ads to specific music forums. I wanted to know which traffic sources I needed to prioritize during the real campaign.

I ended up with a custom Google Analytics dashboard like the one below, which made it clear which sources delivered the most relevant traffic:

Not only did I know where my customers (not just visitors) would come from ahead of time, but I also knew more about my audience, such as how guitarists were almost three times more likely to buy than drummers, and that my conversion rate was highest in the UK and Australia.

Common sense suggests that the best way to improve your value proposition is to add more to your offer. I already had over $1,250 worth of products and services, which I was offering for $69. Why not add more to the package?

Adding more to the package actually reduced my conversion rate. Anyone who’s done their fair share of A/B testing knows that paradoxes pop up everywhere. As G. K. Chesterton said,

“a paradox is just a truth standing on its head to gain our attention”.

So what happened? When I increased the value of the offer, I also increased the amount of associated effort each customer had to put in to extract that value.

Giving away 1,000 books isn’t much better than giving away 50. While there is technically 20 times as much value, the amount of effort involved in reading and storing 1,000 books is ludicrous and not very helpful.

Have you ever gone to buy something only to feel that something isn’t right? That’s buyer’s anxiety.

Anxiety is the uneasiness we feel when there’s a disconnect between what our logical and emotional brain is telling us. More often than not, it has something to do with trust.

In the context of online sales, it could be when you buy an item on a website that isn’t secure, doesn’t offer modern payment processing, or has a dated design.

For this deal, I eliminated as much risk as possible by offering a 30-day money-back guarantee, and adding every question asked through our live chat into the FAQ section.

If there is one person willing to ask the question, there are probably 100 others wondering but not asking.

Removing distractions is a controversial aspect of conversion rate optimization. Some experts advise removing every internal and external link except your call to action to make it as difficult as possible for viewers not to convert.

I fall into a different category that believes it’s better to find a balance between a nice user experience and a high-converting design with as few distractions as possible.

In this specific deal, there was no navigation, no ads, and no internal links. There were only options for viewers to contact us, read an FAQ page, or get further product details. The user experience didn’t feel like a squeeze page, yet it didn’t have distractions either.

There’s a reason why urgency is last in this list. That’s because all five points above are important precursors to make urgency effective.

Urgency is a strong catalyst, but it doesn’t stand up very well on its own. After doing everything mentioned above, here’s how urgency skyrocketed the deal’s conversion rate.

Below are two variations that I A/B tested on the offer’s landing page. As you’ll notice, the only difference is that one communicates urgency and how many packages have been bought, whereas the other does not.

This is one of the most impactful A/B tests I’ve ever run. The conversion rate of Variation B was almost 3 times that of variation A.

Here’s what happened to our conversion rate as we gradually rolled out Variation B to all users. It went from ~3.5% to ~10%.

Since running this campaign, I’ve become fascinated by the power of urgency, and have found ways to use its power in many aspects of my strategy.

Below are some of the most practical ways that you can use urgency to boost your online sales (as well as blog traffic and engagement).

Broadly speaking, there are two types of urgency: real and implied. An example of real urgency is when an offer expires in 24 hours, after which point it will never exist again.

Implied urgency is when you use words like “now” and “today” to nudge readers to take action. There is no real urgency, but we’re suggesting that there’s a need to act now.

5 ways to increase urgency for sales

1. Imply urgency in your headlines.

About five years ago, the head of PPC at an agency I used to work with challenged me to write a Google Ads headline with a higher click-through rate (CTR) than his.

Despite being a total amateur, I beat him. How? I copied his headline and changed the word “today” to “now.”

Since that fluke victory, I’ve repeated this implied urgency experiment dozens of times, thanks to a handy WordPress title A/B testing plugin. The results show a predictable pattern.

As you can see, the “control” headline with no urgency has a click-through rate of 0.77%. Adding the word “today” to the end of the headline increased the CTR to 3.94%.

Unsurprisingly, reducing the urgency by using the phrase “this week” or “this month” reduced CTR. But, strangely, in the example above, maximizing urgency (“now” instead of “today”) reduced the CTR. What gives?

It turns out that the right amount of urgency depends on the context. Very few people want to reduce their bounce rate right now. But they would rather do it today than next week.

However, when it comes to something a bit more emotionally provocative, such as this post on how to start a blog that attracts 100,000’s of readers, people suddenly want to know how to do it now, rather than later.

(It may help that the post is about how to “start” a blog. People searching for how to start something likely want to do just that: start now.)

I’d love to give you a rule for using “now” vs. “today,” but the reality is that it’s extremely dependent on the context. In hindsight, common sense usually prevails, but they key word in that sentence is usually (i.e. not always).

If you use WordPress, I’d recommend installing this title split-testing plugin, which will let science determine the best option for you. The plugin is also great for teaching you how to write clickable headlines. You get hard feedback on which headlines are performing the best.

2. Imply urgency in your calls to action.

One of the most obvious places to add implied urgency is in our calls to actions (CTAs). While headlines can of course be CTAs, I’m really referring to transactions based CTAs, such as “Buy it now!” buttons.

I recently ran an experiment on MusicLawContracts.com, a music contract site that I run as a side project. I wanted to see the difference in conversion rate between CTAs that implied urgency versus those without.

One of the most powerful ways to add real urgency to your landing pages is to advise visitors that if they don’t act soon, they might miss out. There are two ways to do this:

If you’ve ever played a time-sensitive game, you’ll be familiar with the effects of a ticking clock. Having a limited amount of time to do something forces us to take action.

Groupon, Expedia, and Ticketmaster all use this technique to drive up their conversions. Entire sites—like eBay—depend on it:

In most Western countries, we’re conditioned from a young age to believe that the color red implies urgency. When shops have flash sales, they often paint the word “Sale” in red. (The most urgent and important road signs are often red, too.)

In the case study mentioned above, I experimented with showing the current stock and time remaining in three colors—green, orange, and red. Red had the highest conversion rate. (Here’s the full answer to the question “Which color converts best?”

Color is another tool in our arsenal to imply the need to pay attention and act quickly.

There are very few instances in which a small dose of real or implied urgency won’t increase your conversion rate. That said, like all things that provide us with great power, it’s important not to abuse it.

The next time you write an email subject line, landing page copy, or a PPC advert, consider what you might be able to do to add a bit of urgency (or scarcity) to what you’re offering.

Finally, in researching this post I was surprised by the lack of case studies available on sites that had used urgency and scarcity to increase their sales. If you’ve ran any experiments or are aware of any good case studies, please post them in the comments below.

Marcus Taylor is an award-winning entrepreneur, and founder of Venture Harbour. Marcus also built the World's first scientifically valid 'comfort zone calculator', which he has spoken about at TEDx.

Marcus speaks about marketing and entrepreneurship at conferences internationally, and contributes to Econsultancy, Moz, Forbes, and Huffington Post. 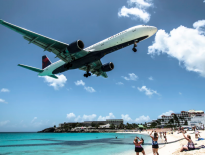