It’s a cultural trope to “want what you can’t have,” but it’s also a principle based in decades of psychological research. That principle, scarcity, is incredibly powerful in marketing, persuasion, and conversion optimization—when done right.

The problem is, if you don’t do it right, it’s pretty meaningless. (Or, worse, you trigger psychological backfiring and hurt sales.)

Scarcity is the phenomenon where, when a product or service is limited in availability (or perceived as being limited), it becomes more attractive.

This makes sense in a traditional economic way, where less supply and more demand drives up prices. It also makes sense on an intuitive level. When mom said you couldn’t have a toy, didn’t you want it more?

So it’s a psychological trigger, and it’s easy to understand from an intuitive level. What are the actual mechanisms behind this tactic, though?

Why scarcity works (FOMO, playing hard to get, and more)

One of the most well-known scarcity studies was conducted by Stephen Worchel in 1975. He and his colleagues offered subjects cookies in a jar. One jar had 10 cookies, and the other jar had two.

Subjects preferred the cookies from the jar with two in it, even though the cookies in both jars were identical.

Since then, much research has supported the efficacy of scarcity in the marketing world as well.

For example, a 2015 research paper notes;

When something is rare, it’s alluring—true whether you’re talking about precious gemstones or a pristine edition of the first issue of Action Comics (which introduced Superman). And psychologists have long known that if you can make a consumer good more desirable by making it appear rare.

Why is this? Much of it comes from the fear of missing out (FOMO).

FOMO is defined as a “pervasive apprehension that others might be having rewarding experiences from which one is absent. It is characterized by the ‘desire to stay continually connected with what others are doing.’”

As you’ll see from the examples below, scarcity is heavily predicated on the idea that others desire the product/service, and that in order to get in on the goods, you’ve gotta act now.

It’s not always a simple function of FOMO, however. We seem to fear asymmetrical control as well—it’s why you want what you can’t have.

For example, there was a study in which women were shown a photograph of their potential dream man. Half the women were told the guy was single, and the other half were told he was in a relationship.

The results: 59% said they would be interested in pursuing the single guy, but that number jumped to 90% when they thought he was taken.

If something is rare or unattainable, we want it more.

Even Aristotle noted the pleasure of rarity, remarking

Scarcity is non-linear process. As something becomes more scarce or less scarce, the desire for it does not change in a proportionate way.

If everything is scarce, then scarcity itself lacks its value and people become too used to it. Studies of retail sales have shown that if more than about 30% of goods have “sale” sticker on them, the effectiveness of this method decreases.

Human behavior is such that we are likelier to purchase something if we’re informed that it’s the very last one or that a special deal will soon expire. Point is, if people really believe that they’ll be missing out on something, they’ll be prompted to act more quickly to get it.

When scarcity works (and when it doesn’t)

Scarcity doesn’t always work, though. It’s not a silver bullet.

For instance, researchers showed in four studies that scarcity has a stronger positive effect on product evaluation when:

Basically, if people have a higher knowledge of persuasion tactics or more exposure to scarcity claims, they’re less likely to value a scarce product more.

To sum up, if the scarcity is BS—and your customers are smart—it’s gonna hurt more than help.

There are generally two types of scarcity you can use to increase sales:

Booking.com does many things well, one of them being scarcity. Take a look at a search result for hotels in Dublin:

Now, there are a few scarcity triggers at play here:

There’s a real limit to hotel rooms as there’s a certain quantity available. Thumbs up to booking.com for displaying this information accurately, clearly, and persuasively.

You have, of course, shopped on Amazon. And I’m sure you’ve noticed the warning of “only X left in stock”:

This, in combination with the urgency play for shipping (“Want it tomorrow?”), is an effective way of getting me to take action and avoid the loss of that rare book I had my eye on.

I’m a Chubbies fanboy. Their marketing is beautiful. From their copy to their branding to their social presence, they kill it. And they make wonderful use of “limited time” product scarcity.

Here’s an example of a promotion they run each year called Fourth of Julyber:

Basically, they release a “free gift” every hour with a purchase. This free gift is for a limited time—available only on that day, at that specific hour. So, if you want an American Flag speedo, act quickly.

When I think Chubbies, I often think 4th of July. And they release a special item for pre-sale with the guarantee that it will arrive right before the 4th.

By taking action now, you won’t miss out on the attention you’ll get from wearing these magnificent 5” inseam shorts.

Another example of topical scarcity is something I found on Think Geek (which, sadly, migrated its operations back to parent company GameStop in 2019).

It’s hard to read, but the banner says, “There’s still time for Mother’s Day delivery w/ expedited shipping” (for all you last-minute shoppers).

Ralph Lauren offers pre-order options for Olympic clothing. Get it prior to the Closing Ceremonies!

I’m a big fan of the Badgers. Sports in general. And, in sports, there are so many events that are unique—Super Bowl wins, epic comebacks, etc. So with every opportunity for a “limited-time offer,” you see some great scarcity at play.

My favorite example? Obviously, it’s “sad Billy Murray” from when Wisconsin beat Xavier to make it to the Sweet Sixteen:

Bumble is a dating app that has always baked in a level of scarcity. They originally had a countdown timer of one day. (Women had that amount of time to start a conversation with their match, or the match disappeared.)

They’ve added another element of scarcity to even the playing field. Now guys have 24 hours to respond, too. Game on.

My co-worker Ben and I were checking out Amazon Prime Now to see what cool stuff we could ship to our office (wine, perhaps), when we found another great example of scarcity:

Bonobos employs scarcity when it tells you which sizes and styles are out of stock right up front. (Honestly, I feel like this should be mandatory for every ecommerce site.)

It’s an effective way to show you that the product is in high demand and low supply:

Modcloth is another site that is optimized in terms of persuasive triggers. On their product category pages, they list items that are low in stock. Check out the first two items and the red text underneath:

They also alert you when a certain item is back in stock. Because, presumably, it flew off the shelf previously because it was so popular…

And, of course, they show you when a product is fully out-of-stock, too. Wouldn’t want that to happen to a product you were looking at, so better buy now:

Marketizator (now Omniconvert) did a great job on their landing pages of communicating time limits. This example with a countdown timer, from a webinar we did with them, had a clear deadline (as it was a live event):

When we sell conference tickets, we let people know how many tickets are left in each newsletter. Sure enough, ticket sales tend to accelerate as the numbers drop (though maybe that’s just because the event is closer):\

Frank & Oak creates the perception of rare items by highlighting unique products for just one week in their “This Week’s Highlights”:

Jack Threads employs a similar tactic as ModCloth. This is in their “New Arrivals” section, which lets you know that the second pair of Ray-Bans is “back in stock”:

This presumes that it had been sold out due to massive popularity. If you want the pair, you should jump on it before it happens again!

Jack Threads also greeted me with this smooth pop-up:

If I sign up now, I get a 20% discount. Still, I’m fairly sure I could find a 20% off code somewhere else, so I actually don’t think this is a super strong scarcity ploy.

Scarcity principle gone wrong: what not to do

Peep posted this example a while back on the blog. A dude was claiming that his digital product had a limited number of monthly spots…but yearly memberships were available.

Yep, and, of course, he was planning on shutting it down in a few days…

Peep Laja:
“We’ve all read Cialdini’s Influence, right (if you haven’t yet, do it now)? We’ve all been victims of the scarcity principle (‘only 4 seats left at this price!’), and many of us have used it successfully in our campaigns.

It really does work well—unless the reason for scarcity is blatantly made up! Monthly access to a digital product is “sold out,” but yearly access is still available? Come on!

What does this do to your credibility? People stop believing you. And that’s kind of important.”

Also, your product needs to have value. Everything else needs to be in place. Scarcity should not be the only method of persuasion applied. You also need to take care of clarity, distraction, and anxiety.

As Jeremy Smith put it:

“First, what you’re selling must have value or importance to a prospective buyer.

In part, value is imparted by the intrinsic characteristics of the product or service you offer. This should be clearly laid out in your product or service’s ‘unique selling proposition,’ or USP, which is a statement or sales points used in some fashion in all your marketing material.

But your product’s extrinsic value matters, too. Extrinsic value is imposed on a product or service, which basically is what marketing is all about.”

Scarcity is a powerful principle, but like everything, it’s power depends on execution. Don’t employ fake scarcity. If you have a product in high demand and low supply, display it. It’s really more about clearly communicating the realities of scarcities than trying to manufacture it.

I hope you got some inspiration with this post. Let me know if you have some good examples of scarcity in the comments.

18 Scarcity Examples that Can Boost Sales

18 Scarcity Examples that Can Boost Sales 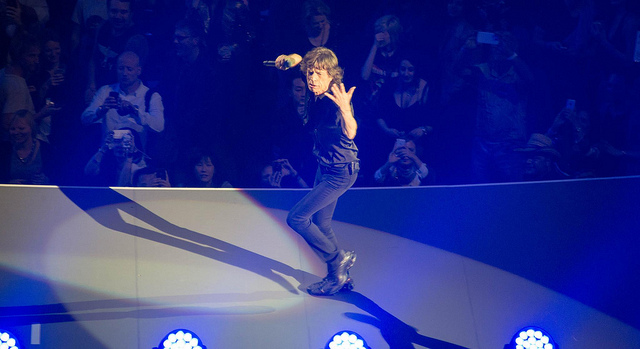