“It’s not what you say, it’s what people hear.”

He’s a Republican pollster who has made his career out of framing political (and corporate) language. In 2007, he wrote a popular book called “Words That Work: It’s Not What You Say, It’s What People Hear.” His accolades are admirable:

Certainly some strong recommendations. Which is great, because we can trust Luntz for some advice on improving web copy. Before that, a little background on his research methodology.

Methodology: How to Find Words That Work

As Luntz said recently, “I’m not a referee, I’m a researcher.”

I don’t want to go too in-depth into Luntz’s research methods, as we’ve already written comprehensive articles on qualitative research, customer surveys, and voice of customer research. But it does help to understand what goes behind the scenes.

Luntz uses a variety of market research methods, the main method being focus groups. On his website, he describes his methodology as a combination of “innovative polling, comprehensive market research, and instant response dial sessions.”

Instant Response Dial Sessions are basically focus groups with a dial to measure emotional valence. This is how he describes them on his site:

“Carefully-selected participants assemble in a focus group facility (the kind with a room and a one-way mirror). Clients sit “behind the glass” and observe. A specially-trained, experienced moderator, like Dr. Frank Luntz, leads the group.

Each participant is given a wireless device about the size of a smartphone. A dial (calibrated from 1 to 100) sits at the device’s center.

Participants provide demographic information relevant to the question at hand (e.g., liberal vs. conservative; male vs. female; “used the product” vs. “never used the product”). After completing specially-designed, written language exercises before the session’s start, we start the dials…

…and that’s where it gets exciting. We show participants video – a commercial, a speech, a debate – and they respond second-by-second, phrase-by-phrase by turning the dial. Our system integrates the live data, segments it demographically and displays it to the back-room audience as a series of trace lines along with the video. The moderator follows up with probing questions to understand why participants feel the way they do. “

Here’s a quick slideshare summing it up as well:

The Frank Luntz Method from jessestarmer

So that’s how he finds words that work. Over the course of his career, he discovered recurring principles in just about every successful phrase. He summed them up in his book as the 10 rules of effective communication.

“Just as in every other field, there are rules to good, effective communication. They may not be as inflexible and absolute as the rules against speeding or avoiding taxes, but they’re just as important if you wish to arrive safely at your destination with money in your pocket.”

Though Luntz is famous for the political parts of his career, he claims these communication rules are universal. If that’s the case, they’ll work just as well on a value proposition as they will in a debate or political speech. Here are the 10 rules:

”In fact, using a long word when a short one would suffice tends to raise suspicions: What is this guy trying to sell me? Does he have an ulterior motive?” The most effective language clarifies rather than obscures. It makes ideas clear rather than clouding them. The more simply and plainly an idea is presented, the more understandable it is – therefore the more credible it is.”

As the saying goes, “clarity trumps persuasion,” and shorter words lead to greater clarity and comprehension (and people remember them better) So don’t use large words when small ones will work just fine. Neville Medhora’s value proposition is great example of this. It is incredibly clear and concise and comprised of small words:

He uses the same strategy on his email headlines:

“Be as brief as possible. Never use a sentence when a phrase will do, and never use four words when three say just as much. When asked how long a man’s legs ought to be, Abraham Lincold said, “Long enough to reach the ground.”

Short sentences, like short words, help readability. Since most people don’t read online (they skim), it helps to avoid big blocks of text and unnecessary small talk. Short sentences are the way to go. MailChimp is a good example:

Apart from value props, Brian Dean’s writing style is an excellent example of this. He writes incredibly long and detailed posts, but they’re digestible due to short sentences:

3. Credibility Is As Important As Philosophy

”Credibility is established very simply. Tell people who you are or what you do. then be that person, and do what you have said you would do. And finally, remind people that you are in fact what you say you are. In a simple sentence: Say what you mean and mean what you say.”

There are many ways to build credibility into your website. Some are straightforward, like simple language and correct spelling. Others, like testimonials and social proof, involve more work.

”Finding a good message and then sticking with it takes extraordinary discipline, but it pays off tenfold in the end. Remember, you may be making yourself sick by saying the same exact same thing for the umpteenth time, but many in your audience will be hearing it for the first time. The overwhelming majority of your customers or constituents aren’t paying as much attention as you are. They didn’t read about your tagline in Adweek or hear your slogan in C-SPAN’s Road to the White House.”

Media planners tend to worry about two things: frequency and reach. This principle is all about frequency. Basically, the ability to repeat the same message over and over carries merit. In fact, research shows that light to moderate repetition increases the persuasiveness of a message. Repeating a message could also lead to the mere exposure effect, where you develop a preference for familiarity.

Chubbies’ “Sky’s Out, Thighs Out” slogan is on all of their brand touch points, and they’ve been using it for a while:

”So from a business perspective, you should tell consumers something that gives them a brand-new take on an old idea (and then, in accordance with rule number four, tell them again and again). The combination of surprise and intrigue creates a compelling message. Although often executed with humor, what matters most is that the message brings a sense of discovery, a sort of “Wow, I never thought about it that way” reaction.”

Research shows that people prefer moderate levels of novelty. Or, as Frank Luntz put it, “words that work often involve a new definition of an old idea. The example he gave in the book was of Volkswagen’s famous “think small” campaign. When the status quo was to emphasize a ever-expanding size, Volkswagen did the opposite, presenting a common idea (cars) in a new way (small). Here’s a good example from Slack being used by rocket scientists (quite unique for a messaging app):

“The sounds and texture of language should be just as memorable as the words themselves. A string of words that have the same first letter, the same sound, or the same syllabic cadence is more memorable than a random collection of sounds. The first five rules in this chapter do just that: simplicity, brevity, credibility, consistency, and novelty stand out because they all end with the same sound.”

Luntz’s example above is of a poetic device called assonance, or “the repetition of the sound of a vowel or diphthong in non-rhyming stressed syllables near enough to each other for the echo to be discernible.” Other poetic devices include consonance, assonance, rhythm, resonance, parallel structure, and the rule of three.

Apple gets a lot of things right with their copy, one of them being alliteration (words that start with the same letter):

“As Warren Beatty, perhaps the best student of the human condition in Hollywood, once told me, people will forget what you say, but they will never forget how you made them feel. If the listener can apply the language to a general situation or human condition, you have achieved humanization. But if the listener can relate that language to his or her own life experiences, that’s personalization.”

Some of history’s most memorable quotes were aspirational in nature:

I want to point out that speaking aspirationally does not necessarily mean speaking hyperbolically. For your web copy, it could just mean selling the benefits rather than the features. That said, Chaotic Moon is a charmingly hyperbolic company, so this works for them:

Here’s a more modest example of selling with benefits (and features):

”Paint a vivid picture. From M&M’s “Melts in your mouth not in your hand,” to Morton Salt’s “When it rains it pours,” to NBC’s “Must See TV,” the slogans we remember for a lifetime always have a strong visual component, something we can see and almost feel.” 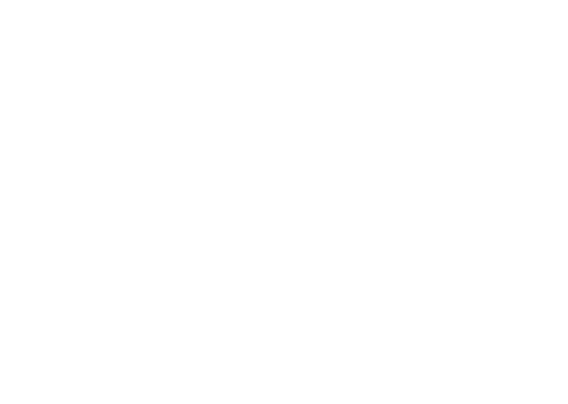 While not necessarily a ‘visual’, the following is probably the most famous example of a sensory ad every created. Vivid and simple, you can imagine yourself in the car. You can imagine hearing the low hum of the electric clock at 60 mph:

“The reason for the effectiveness of questions in communication is quite obvious. When you assert, whether in politics, business, or day-to-day life, the reaction of the listener depends to some degree on his or her opinion of the speaker. But making the same statement in the form of a rhetorical question makes the reaction personal – and personalized communication is the best communication.”

Questions are, of course, a common persuasive communication tactic. You’ve seen countless headlines asking questions. You’ve heard countless speeches start with them. Why do they work? Possibly because of the generation effect, which is a “phenomenon where information is better remembered if it is generated from one’s own mind rather than simply read.” Here’s an example from serpIQ:

”Context is only half of the framing effort. The other half – relevance – is focused on the individual and personal component of a communication effort. Put most simply, if it doesn’t matter to the intended audience, it won’t be heard. With so many messages and so many communication vehicles competing for our attention, the target audience must see individual, personal meaning and value in your words.”

Look, this is the key to the game. Research. Understanding your target audience. There’s no shortcut. Short sentences and short words, no matter how clever and aspirational, won’t work if they don’t align with your audience. Here’s a great example of audience alignment from inbound.org:

While your copywriting efforts are ultimately contingent on connecting with your target audience, these principles will help get you there. Think of them as

Here they are again:

Using Luntz’s Words That Work to Ignite Your Web Copy

Previous Article How Can We Really Measure The ROI of Optimization?
Next Article When To Do Multivariate Tests Instead of A/B/n Tests

Using Luntz’s Words That Work to Ignite Your Web Copy

CRO & Testing How Can We Really Measure The ROI of Optimization?…