C.F. Kettering once said, “My interest is in the future because I am going to spend the rest of my life there.”

Data becomes more valuable when we use it to predict the future instead of just analyzing the past. That’s where propensity modeling comes in.

What is propensity modeling?

Propensity modeling attempts to predict the likelihood that visitors, leads, and customers will perform certain actions. It’s a statistical approach that accounts for all the independent and confounding variables that affect said behavior.

So, for example, propensity modeling can help a marketing team predict the likelihood that a lead will convert to a customer. Or that a customer will churn. Or even that an email recipient will unsubscribe.

The propensity score, then, is the probability that the visitor, lead, or customer will perform a certain action.

Why optimizers should care about propensity modeling

Even if you’re not currently using or considering propensity modeling, understanding the mathematics behind the process is important. For example, do you know the difference between linear and logistic regression models?

The same way SEO experts need to understand a bit of content marketing, HTML, etc., to be competent, optimizers need a basic understanding of statistics and propensity models.

But why should optimizers care about propensity modeling when there’s testing and experimentation?

The thing is that we can’t always rely on these statistical methods in the real world. There might be several scenarios where real experiments are not possible:

Even if you don’t face any of the experimentation challenges Royston-Webb mentions, propensity modeling can help you:

How to build a propensity model

Not all propensity models are created equal.

As Mojan Hamed, Data Scientist at Shopify, explains, there’s no shortage of options to choose from, and none are inherently superior:

The first step is to actually pick a model because you have a few options. For example, instead of measuring propensity to churn, you could choose a survival analysis.

Regression is a good option because it’s very interpretable for non-technical audiences, which means it can be communicated easily.

It’s also less of a black box, making the risk more manageable. If something goes wrong and accuracy is low or you get an unexpected result, it’s easy to drill down to the formula and figure out how to fix it.

For example, if you’re forecasting and notice some segments do well with the base models while others do not, you can dig deeper into those low-accuracy segments to identify the issue. With regression, the whole process won’t take more than a few minutes. With other models, that diagnosis is more time-consuming and complex.

Once you’ve selected the model that’s right for you (in this article, we’ll focus on regression), building it out has three steps:

First, select which variables to use as features. (e.g., what foods people eat, when they sleep, where they live, etc.)

Next, build a probabilistic model (say, a logistic regression) based on these variables to predict whether a user will start drinking Soylent or not. For example, our training set might consist of a set of people, some of whom ordered Soylent in the first week of March 2014, and we would train the classifier to model which users become the Soylent users.

The model’s probabilistic estimate that a user will start drinking Soylent is called a propensity score.

Finally, compare the drinkers and non-drinkers within each bucket (say, by measuring their subsequent physical activity, weight, or whatever measure of health) to estimate Soylent’s causal effect.

1. Selecting the features for your propensity model

First, you need to choose the features for your propensity model. For example, you might consider:

Your imagination is the only limit.

As Hamed explains, there are a few checks and balances:

Let’s say when you train the model, you train it on 50% of your historical data and test it on the remaining 50%. In other words, you hide the variable you’re trying to predict from the model in the test group and try to get the model to predict the value—so you can see how well you can predict something that you already have actuals for.

If you want to interpret coefficients, you have to ensure the error (the actual value, what you predicted) has no correlation to the variable you’re trying to predict. If it does, that means that there’s a trend in the data set that you’re not capturing in your features. It’s a good sign that you have a variable you should be including that you’re not already.

Also, make sure two features aren’t linearly correlated to each other. That’d be a good use case to remove a feature.

Whether you’re interested in interpreting the coefficients or not, one thing is certain: You’ll need to gather insight from internal experts. Despite popular belief, propensity modeling does not diminish the need for business and marketing know-how.

There are numerous mathematical ways to decide which features to select, but they can’t replace human knowledge and experience.

Regression has been mentioned a few times already. But what exactly is regression analysis? It’s a predictive modeling technique that examines the relationship between a dependent variable (e.g. lead-to-customer conversion) and independent variables (e.g. product milestones, app and theme downloads, etc.)

Suppose you request an estimate—say for the cost of a service that you are considering. How would you define a reasonable estimate?

These two properties are exactly what we need for our coefficient estimates!

For the purposes of this article, you’ll want to be familiar with linear and logistic regression.

For logistic regression, the predicted value gives you a log-odds and the calculation can convert it to a probability. This probability is what we interpret as the “score.”

No matter how confident you are about the accuracy, run an experiment. There could be factors you haven’t considered. Or, for example, the model may unexpectedly optimize for quantity (e.g. session-to-lead conversion rate) without considering the impact on quality (e.g. lead-to-customer conversion rate, retention, etc.)

The use of experimentation to validate propensity modeling is critical. It gives you peace of mind.

Again, propensity modeling is a tool at an optimizer’s disposal, not a replacement for a thorough understanding of experimentation and optimization. Take advantage of how open regression is⁠—look under the hood and ensure the data you’re seeing makes sense before running wild with it.

How to use your propensity model for smarter experimentation

I know, I know. You don’t need another lecture on how correlation is not causation. But, with propensity models, it’s easy to see causation where it doesn’t exist.

In a regression model, you can’t assume features have a causal relationship with the variable you’re attempting to predict.

Propensity modeling, like other tools, will not tell you how to optimize. When you open up Google Analytics or fire up an Adobe Analytics dashboard, the insights don’t fall off the screen and into your lap. You use your experience, knowledge, and intuition to dig for those insights.

For example, you might know that a customer is highly likely to churn thanks to your propensity model. But is the value of what you spend preventing that churn higher than the lifetime value of that customer? Your model can’t answer that question—it’s not a replacement for critical thinking.

Alright. As we gently step over all of that caution tape, let’s look at three valuable propensity models optimizers can leverage:

Propensity modeling is not prescriptive. Knowing that a group of leads has a higher propensity to convert alone is not particularly valuable. What’s valuable is combining that knowledge with optimization know-how to run smarter, more targeted experiments and extract transferable insights.

You’ll be able to push your data beyond what has already happened and toward what is probably going to happen in the future.

Previous Article How to Increase SaaS Prices the Right (and Profitable) Way
Next Article Channel Partner Strategy: 7 Steps to a Successful Program 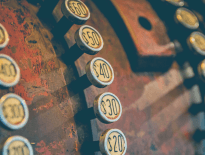 Business Building How to Increase SaaS Prices the Right (and Profita…