If you are an email marketer, chances are that the majority of the articles you read are about growing your list, getting more opens, clicks, etc.

But what if your list is growing thanks to all those tips for improvement, but the open and click rates actually deteriorate? Are you doing something wrong? Not necessarily.

The thing is that leads age – they become uninterested in what you have to offer for a variety of reasons (job changes, bankruptcy, already found a better product/service, etc.) Or they just don’t bother to open your emails.

It’s only natural that the open rate goes down in the long-term – you keep adding new people, but at the same time, the number of inactives keeps growing.

So, what should you do with those inactive leads? Keep them on the list, try to reactivate them or remove them altogether? We went for the latter. Read further to find out how we handled this in Pipedrive.

Pipedrive has been growing fast (we recently reached 30,000 paying customers) and the same goes for our newsletter list. In fact, the growth has been so rapid that we’ve been constantly running out of MailChimp credits.

But here’s the thing. As much as we as marketers like to see our email lists get bigger and bigger, there are some obvious trade-offs:

In case you are wondering – deliverability is the ability to get the emails actually delivered to an inbox. (By the way, Litmus has got a nice glossary of deliverability terms and Sendgrid has got a decent guide.)

These points are especially true for sales leads (prospects) – the majority of which, in our case, were people who signed up for Pipedrive, but never became paying customers.

As they don’t use Pipedrive actively, they don’t update their info either. And, of course, a significant portion of these emails bounce (the addresses don’t exist anymore).

This then leads to email service providers like Gmail and Yahoo thinking that perhaps our newsletters shouldn’t be in the inbox at all, but in the bulk or spam folder instead.

So, I decided to do something about those inactive leads.

There were three main reasons for cleaning up the list.

Each time we send out a newsletter, we are paying the newsletter software provider a small amount per contact. Having weekly newsletters and rapid list growth multiplies this sum pretty quickly.

This one is hard to measure, but we’re confident it’s happening – email service providers look at the bounce rates and interaction patterns (whether emails were opened or not, etc.) and assign an internal score based on that. The lower the score, the less likely we are to reach the inbox.

There are some tools out there for monitoring inbox placement rates, whether you are getting blacklisted, and so on. You might want to check out 250ok, Return Path and YesMail, for example. They don’t come cheap, though.

Additionally, when we look at customers vs. leads in terms of abuse complaints, almost all of them come from leads. Not surprisingly, the average unsubscribe rate is over 2x higher for leads as well.

Having dead leads in the list makes statistics skewed in several ways. The most obvious metrics influenced are the open and click rates:

It seems that in just a year the unique open rate has decreased around 25%. Whoah! Our newsletter must seriously suck. Not so fast – it turns out it’s perfectly normal.

In fact, when we compare the stats based on trial end times, we can see an even more rapid decrease:

There’s a rather sharp drop (over 50%) in the unique click rate already between the users whose trial ended up to month ago and between 1-2 months ago. The unique open rate declines more softly, though.

Digging more deeply into the data, it became clear that during the past three months, only about one fifth of the leads have opened a newsletter at all. Clearly, these are the ones we would like to keep.

The Goals of Our Reactivation Campaign

So, our goals became quite clear…

1. Turn Inactive Leads Into Active Ones

Before we can think about removing anyone from the list, we should make a final effort to win them back. That’s our primary goal, for obvious reasons.

If the inactive leads are still not interested, then we should remove them from the list. No one likes getting emails that are not relevant.

And obviously, we don’t want to spend money on sending emails to people who are not interested in reading them.

How to Run a Reactivation Campaign

Before even thinking about the exact campaign plan, I wanted to look at what the research says. To be honest, there isn’t a whole lot of reliable, in-depth research out there. (I guess that’s why I’m writing this blog post.) I did manage to find some, though.

Return Path has done a very nice overview of the 7 Email Reactivation Campaign Insights. Some key takeaways from there that I wanted to take into account were:

Aaron Beach from Sendgrid has got a good point as well – start testing the content on the most engaged segment and only move to less engaged segments with that content if it’s better than usual. If you think about it, it’s also the only way to test subject lines, etc. – you just wouldn’t have enough data from the most inactive leads.

There’s also a pretty interesting discussion going on over at Litmus.

So, equipped with a little bit of research, we started thinking about the exact campaign plan with Kair, our Customer Lifecycle Manager. In the end, we basically went with the following (in addition to taking into account the research described above). 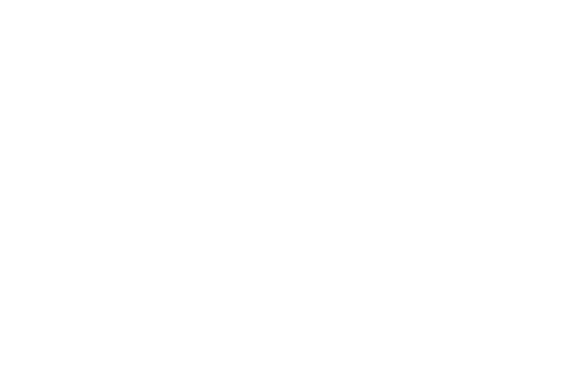 We first thought about why a user might have become inactive in the first place and what info she might have already received from us.

So, the content basically was split in two – what she might have missed in reference to Pipedrive (and to remind her who we are) and the pieces targeting different points in the customer journey (such as 8 Factors to Consider When Choosing a Sales CRM for those who might be looking for a new vendor at the moment).

We also kept sending regular newsletters while the campaign was in progress.

These people had mostly already tried out the software with a free trial at some point, so we needed to give them a special boost.

As they had already tried out the software (several years ago), we needed to highlight that a lot has changed since then.

There was already an email that talked about the recent (and not so recent) Pipedrive updates, but we felt that new feature launches could make the special offer (an extra free month of Pipedrive use) even more attractive, so we timed the campaign to coincide with the new statistics launch. 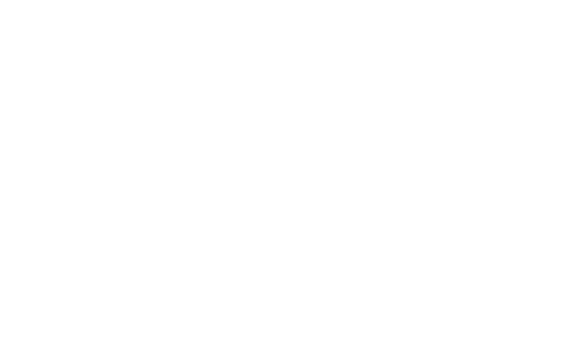 It’s a bit hard to estimate whether that number is good or not as we haven’t done this sort of reactivation campaign before. Nevertheless, we’re quite happy with this result.

Yep, those people never responded (even by opening emails), so we unsubscribed them from the list.

Sending emails to 83,000 people weekly requires cash. Depends on your email software provider, of course, but it can be considered a significant save – thousands of dollars per year.

Oh yeah, not only did we manage to reactivate 9,000 inactive leads, but we also managed to get a significant portion of them to sign up again and give Pipedrive another shot.

Lessons from Our First Reactivation Campaign

Although we are quite happy with the results, there are some things I could have definitely done better.

One thing I did was create several segments inside our leads (and even inactive leads) in order to measure how they react. I still think it was a valid decision (see the research section), but it also gave us much more work and headache.

We gave the content team a couple of weeks to come up with relevant content pieces. Some were even planned to arrive during the campaign. In one case, it still wasn’t enough. It’s better to only start the campaign once you’ve got all the content ready.

Product releases mean that you (and also the content team) are busy as it is. Plus it quite often happens that the releases get postponed or moved forward. If you have to deal with the regular newsletters as well during the campaign, things can quickly become quite stressed.

Originally, we also thought we could do social and paid marketing (especially retargeting) at the same time. Dealing with a lot of segments and messages didn’t let us coordinate retargeting campaigns in social or SEM.

In that sense, keeping things simple might actually lead to a better end result because you are able to include more teams/channels in your campaign.

1. Retarget the Cleaned Up Emails

One thing you might want to consider doing is saving the unsubscribed addresses for retargeting in other channels (Facebook, LinkedIn, AdWords, etc.) using, for example, AdRoll. Considering that these people have disengaged with the brand, we have seen OK results.

You probably don’t want to run the cleanup campaign every three months, but you want it automated. For example, if the lead has not opened any emails in the last 3 months, then send them a reactivation email and if she still doesn’t react, unsubscribe her automatically.

This will keep the list constantly clean and free up your time.

3. Resend to Those Who Have Not Opened

Remember when I mentioned that inboxes are busy? Well, hell, don’t be afraid to send the same email twice.

Keep a couple of things in mind, though:

A word of warning. The email opens are only registered when a recipient downloads a special invisible image in the email (that’s inserted by the email marketing software).

However, when the images are blocked or not downloaded (on very slow mobile connections, for example), the email might have been opened, but the open was not registered.

This means that there are always people who have actually opened your emails, but you just can’t see it in the statistics.

A study by Litmus reveals that the email clients that block images would see about a 26% increase in opens if the images were not blocked. (Yes, you may rejoice – your open rate is in reality probably a bit higher than displayed under statistics.)

It might well be that you can actually repurpose the content you create. For instance, we realised that we can use it in our onboarding series.

A Step-By-Step Guide for Reactivation and Cleanup

Here’s a step-by-step process to do it along with some helpful comments/questions:

7 – Use Inactives for Retargeting

Reactivating cold leads and removing the frozen ones is a good idea if you’d like to:

Would love to hear about your experiences in the comments below.

Meelis Ojasild is the Email Marketing Manager at Pipedrive, and formerly filled a similar role at Amazon.

He’s passionate about trekking and changing the education system, which he plans to achieve as a Co-Founder at Kypsis, a language learning startup.

Why I Unsubscribed 83,000 Emails (and Think You Should, Too)

Previous Article Does Swearing in Copy Make You More Persuasive?
Next Article How to Create a “Luxurious” User Experience (and Avoid Looking “Cheap”)

Why I Unsubscribed 83,000 Emails (and Think You Should, Too)

Copywriting Does Swearing in Copy Make You More Persuasive?