Have you ever forgotten a password for a site? What about a security question?

Have you ever spent a ridiculous amount of time trying to think of a password you can remember, but also complies with a list of arbitrary requirements (e.g., seven uppercase letters, four special characters, etc.)?

When these UX problems pop up, they cause friction.

First of all, the average person has a lot of passwords to keep track of. In a survey on password habits, 70% of respondents said they have more than 10 password-protected accounts online, with nearly 30% having “too many to count.” Another survey found that more than 50% of people use three or more passwords on a daily basis.

Passwords are hard to remember

According to the Online Registration and Password Study, 51% of people dislike the idea of remembering another password. Not so surprising. But 38% agreed that it sounds more appealing to do household chores than to come up with another new username or password.

That same study found that 37% of people have to ask for assistance on their username or password for at least one website every single month.

In fact, the concern for the ease of password memorization is pretty universal, according to a survey…

Despite this apparent dislike for password creation and memorization, Perception and Knowledge of IT Threats: The Consumer’s Point of View found that 71% of respondents rely on their memory to recall passwords.

That might explain why people reuse their passwords across multiple sites, regardless of age…

The perception and knowledge of IT threats study also found that 7% of people use special tools, like LastPass, to remember their passwords. However, studies have shown that people just don’t trust password managers for them to be a viable, mainstream solution.

As the popularity of reusing passwords indicates, passwords are not actually as secure as most companies would assume. According to a survey from PCMag, 35% of people never change their passwords, which is terrifying given mandatory resets are also at play.

When they do change their passwords due to a threat or mandatory reset, a study found that many users make small, incremental changes to their existing passwords, which doesn’t make a hacker’s job too difficult.

A survey from LastPass showed that more than half of people don’t change their password even when a data breach happens and their password is potentially at risk.

KoreLogic research suggests that less than 10%, and probably less than 2%, of users have passwords that are complex enough and long enough to withstand a combination of dictionary, rainbow, and brute-force attacks.

Passwords are also preventing people from making a purchase. If people attempt to recover a password while checking out on an eCommerce site, 75% won’t complete their purchase.

Additional research has found that 46% of those surveyed in the U.S. report that authentication failures have prohibited online transactions frequently or very frequently.

This isn’t a new problem

Actually, people have been asking for alternative solutions to the traditional username and password authentication system since 2004 when 80% of workers reported being “fed up” with using passwords and 92% said they would be more interested in using biometric technology or tokens/smartcards.

But with the growing concern over online privacy in recent years, the password problem has been brought to light again. According to YouGov Cyber Security, 61% of people are moderately to very concerned about being hacked. Another study found that 46% of U.S. respondents agree or strongly agree that they do not trust websites that rely only on passwords.

All that to say that the traditional username + password authentication system is broken in a big way. And, it seems, the only reason mainstream innovation has stalled is because companies want to do it “how it’s always been done.”

If you want to stick with the traditional username + password authentication process, at least take the time to optimize it and improve the UX.

There are five things you can do immediately to make things easier for your visitors: limit and highlight password requirements, allow unmasking, show a strength meter, don’t make them confirm the password, and experiment with passphrases.

1. Limit requirements and make them visible

Here’s an example of password requirements done right from Hootsuite…

Three simple rules that are clearly visible the moment you select the password field. As Katie Sherwin of Nielsen Norman Group explains, this makes the process more efficient…

“State the password requirements, and make sure that the user can see them the entire time that the field is selected. If you can successfully reduce some of the technical restrictions, you’ll have less text to display and fewer rules for the user to process, making password creation faster.” (via NN/g)

Simple, clear expectations from the beginning mean fewer errors. As a user, there’s nothing quite as annoying as typing in a password only to return three errors because you didn’t include a special character, three uppercase letters and two numbers.

Passwords are often masked for added security. Someone could be looking over your shoulder or even at your phone from across the table and catch your password.

But as Luke Wroblewski explains, it really doesn’t add as much security as most companies think it does…

“Wait… what? You’re displaying people’s passwords by default? Simply put, yes. We decided to optimize for usability and ease of log in over questionable security increases. On a touchscreen phone, its trivial to move the device out of sight of prying eyes. Or easier still to simply hit the Hide action to obscure a password.

But not that it matters, there’s a visible touch keyboard directly below the input field that highlights each key as you press it. These bits of feedback show the characters in a password at a larger size than most input fields. So in reality, the •••• characters aren’t really hiding a password from prying eyes anyway. As a result, we opted for usability improvements instead.” (via LukeW)

Below, you’ll notice that Airbnb has a password strength indictor below the field…

You’ve likely seen this time and time again. Katie explains why it’s not an outdated practice and can actually help improve security…

“Motivate people to create better passwords by showing how secure the password is.

A study by Egelman et al. (2013) found that strength meters motivated users to create stronger passwords. Visually representing the strength of the user’s password, and showing that there is room for improvement, changes the motivation. The benefit is getting a secure password, instead of just complying with a system’s arbitrary command. It’s a slight mental shift that has a potentially large impact on security.” (via NN/g)

Often, as demonstrated in the Airbnb example above, strength indicators replace visible password requirements. This is not necessary, especially if you limited the requirements, as suggested above.

Instead, you can use them together to reduce errors while also subtly motivating people to care about their own security (vs. enforcing a ton of arbitrary requirements).

“The desire to prevent errors on forms is a good one. But given that double entry…

…it is important to establish a real need before implementing double entry.” (via Formulate)

Formisimo shared a case study where they experimented with removing their password confirmation field after reading about its modern irrelevancy.

And here’s the treatment…

The results were impressive, to say the least…

Passphrases aren’t something you see often, but are certainly worth testing.

Some UX experts say that passphrases are more user-friendly because it’s simply easier to remember a series of recognizable words than random characters. Also, by default, requirements are reduced with the introduction of passphrases vs. passwords.

They also contribute to improved security, though. Since passphrases are longer, they stop more brute-force attacks and the use of multiple words helps stop dictionary attacks.

If you’re thinking of moving away from the traditional, you have a number options, all with their own set of pros and cons.

The most common example of biometric authentication is unlocking your phone with your thumb print. However, that functionality is expanding quickly. Many mobile apps now let you log in with the same fingerprint that you use to unlock your phone.

In fact, 8 in 10 Brits would ditch passwords in favor of biometric security.

Even for as something as sensitive as banking, consumers are interested in biometric authentication…

If you are a regular iTunes or Gmail user, you’re likely familiar with two-factor (2FA) authentication already. A password is still required, but a code is sent to a second device (e.g., your phone) for additional security. Thus, you’re notified when someone other than yourself attempts to log into your account.

The proverbial jury is still out on this one. While it undoubtedly adds security, it still requires the memorization of a password and can become annoying quickly.

On one hand, the Siber Systems RoboForm Online Security Survey found that 43.2% of people would trust a company more with their personal information if they introduced a two-factor authentication process.

3. Social (and other third-party) authentication

In general, people are receptive to the rise of social authentication. One survey found that 77% of people find the option helpful and appealing.

Perhaps the most well-known example of the no password authentication is Slack. Instead of typing out your password on mobile, which can be difficult, you have the option to receive a magic link via email, which signs you in automatically…

But, of course, it’s not just Slack that’s authenticating without passwords. Status Hero uses a similar process as well…

Auth0 wrote a step-by-step guide to setting up a similar authentication process using universal links, which you can read here.

It’s time we rethink modern password UX and online authentication in general. No more doing it one way because it’s how it’s always been done.

Password UX: the Real Problem (and How to Fix It)

Previous Article Audience Segmentation: Where Do You Start?
Next Article Confidence Intervals: A Guide for A/B Testing

Password UX: the Real Problem (and How to Fix It) 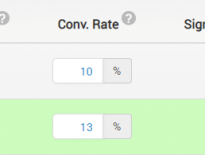 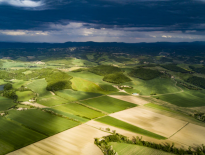 Digital Analytics Audience Segmentation: Where Do You Start?